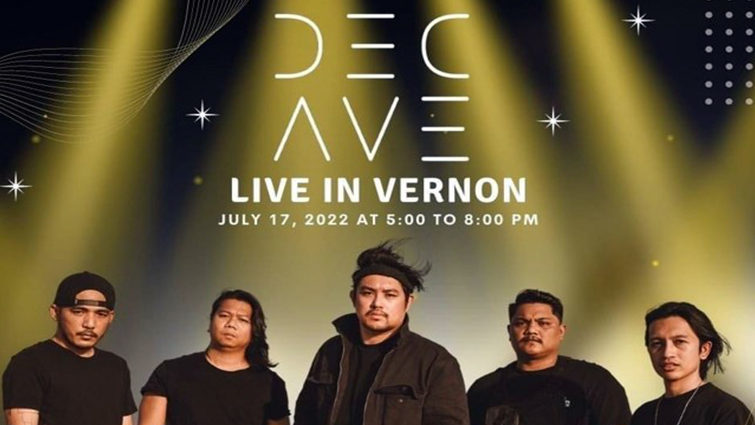 DECEMBER AVENUE five-piece alternative band based in Manila, Philippines. Formed in 2008, they are known for their viral compositions online and one of Spotify's Most-Streamed Artists in the Philippines and Awit Award winner.

The band will be arriving in Vernon, BC on July 17, 2022 to perform their top hits in the Okanagan area. Be a part of this momentous event as we bring back the Filipino culture in the region.