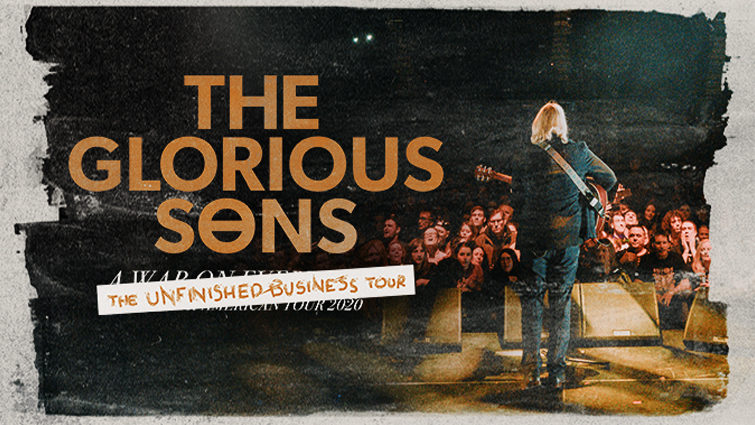 PROOF OF FULL VACCINATION MAY BE REQUIRED (2 dose)

Following the release of their brand-new tracks ‘Daylight” and ‘Young King’ two-time JUNO Award-winning rock band The Glorious Sons have announced The Unfinished Business Tour, set to kick off December 2021. The Glorious Sons will play the Vernon and District Performing Arts Centre on January 25.

Over recent months, the two-time JUNO Award winning group have been promoting an exclusive, limited edition poster series via the TGS Union mobile app. This series has been animated and each poster has been offered as a 1 of 1 minted NFT offer that includes a pair of season passes to all TGS shows in 2022, with 15 packages available in total. With the tour announcement, The Glorious Sons are offering a 1 of 1 version of all of the animated posters that includes a lifetime pair of tickets to any TGS show. The bidding on these items will be conducted via Rarible.com beginning at 1pm ET on May 27 and will be open for two weeks.

2021 looks to be the year of The Glorious Sons as they share a second new track this week with ‘Young King’. Additionally, ‘Daylight’ received its world premiere broadcast debut on Saturday (5/22) during NBC and Sportsnet’s coverage of the NHL Stanley Cup.

More Information
Back to Event Listings