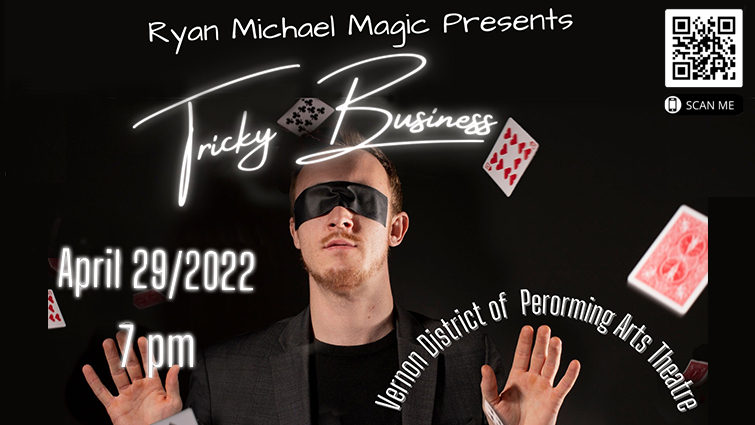 Taking home two gold medals at the Canadian Association Of Magicians for Canadian Mentalist of the Year and Close-Up Magician of the year, Ryan's magic has become a must-see experience. Ryan will dive into the minds of the audience, performing world-class mind-reading stunts, side splitting comedy and stunning illusions right before your eyes.

Ryan has sold out every show he's performed in Kelowna, recently including the Creekside Theatre in Lake Country. Due to an overwhelming response, Ryan is taking a theatre stage again on February 4th at the Vernon District of Performing Arts Centre. Ryan will be performing his signature 1 hour magic show, premiering 2 brand new, never before seen effects. With lots of audience participation, along with a special surprise guest to open the evening, this night will truly be magical. Come out for a night of magic, music, wonder and enthrallment with Ryan Michael.