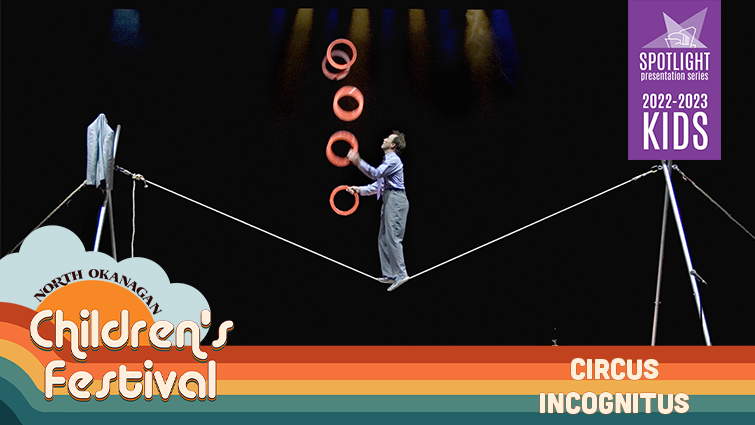 The Vernon and District Performing Arts Centre’s presents Jamie Adkins in his rambunctious one-man Circus Incognitus as part of the second annual North Okanagan Children’s Festival. Adkins stays silent for the one-hour show, drawing from inspiration of bygone era silent films, and lets his crazy antics do the talking! The delightfully slapstick show includes juggling, balancing, slackwire walking and physical comedy sure to get the kids laughing. It’s not often a man with a cardboard box, some paper, a chair, and suitcase can be so entertaining. Adkins makes the ordinary, extraordinary. A show for the young and the young at heart!

“Circus Incognitus is a production that is full to the brim with happiness and inventive routines … when you throw in some great moments of audience participation, and you hear the sound of children and adults laughing together you can’t help but be washed away by the show’s delightful charms.” - The Public review, Edinburgh 2014